I just got back from an amazing trip to Vietnam. Declan has been traveling in South East Asia for the last few months, so Liz, Phil, and I met up with him in Hanoi. There was a lot to love about this trip, but I think everyone's highlight was the Ha Giang Loop, a three day motorbiking adventure in the northern mountains of Vietnam. If you google this term, you'll find travel blogs claiming that driving the loop is the best thing you can do in Vietnam, all of South East Asia, or all the world. I'll just say, if you find yourself in northern Vietnam with a few days on your hands, you should grab a motorbike and drive the Ha Giang loop. 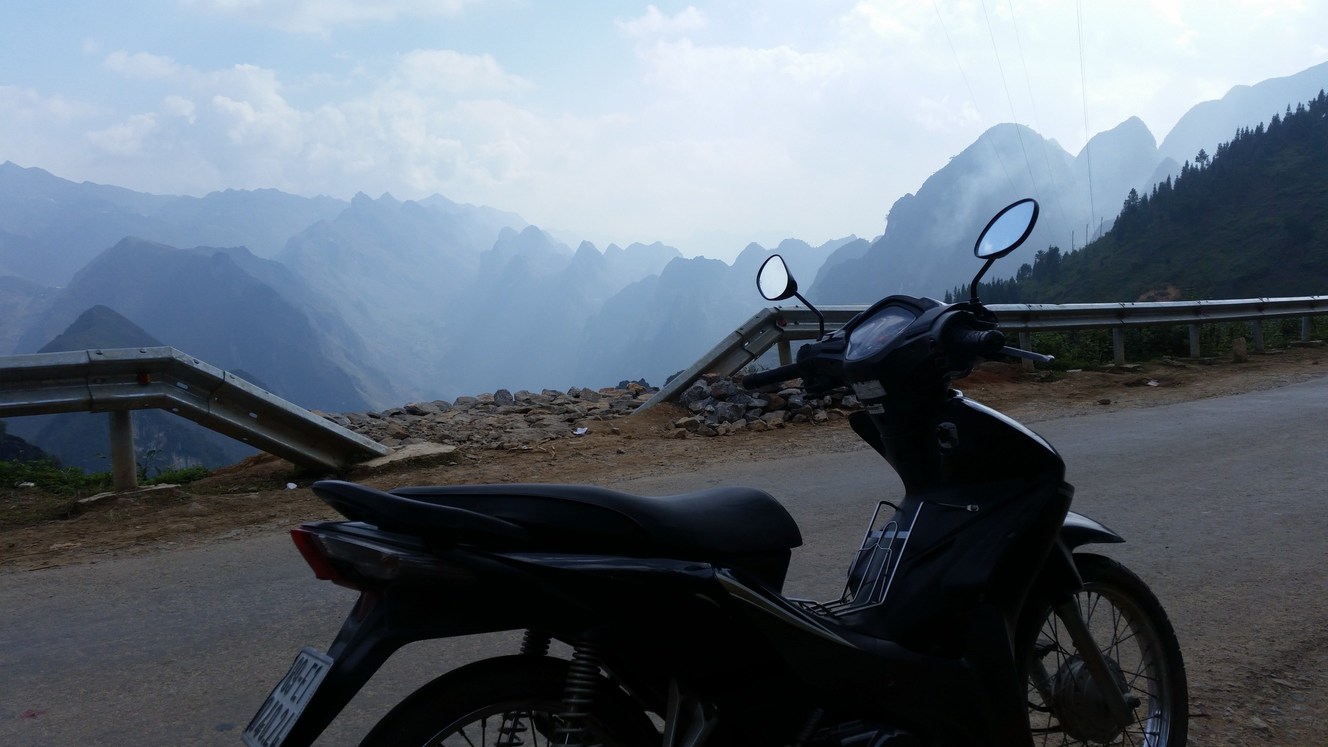 I found the prospect of illegally riding motorbikes in a very foreign country on very foreign roads intimidating. Declan insisted that there was nothing to worry about. This didn't comfort me much at the time, but I think he was right. The illegality seems to be a non-issue. From what we read, it is illegal to ride a motorbike in Vietnam without a Vietnamese license. However, we passed several policemen and none of them seemed to care about us. Apparently, even if they do stop you, they'll just fine you. Vietnam generally seemed to have a live-and-let-live approach to personal safety. As for the foreign roads, Google Maps and Maps.me worked well, and we seemed to have mobile internet everywhere. Driving in Vietnam looks hectic but you get used to it quickly. I had never even touched a motorbike before this, but I felt comfortable on the road very quickly. 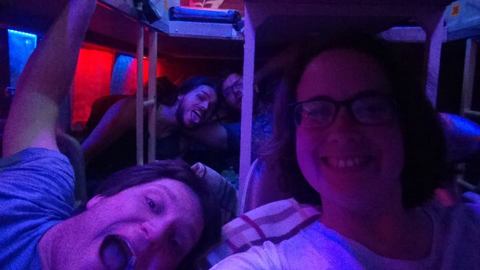 From Hanoi, we grabbed an eight hour sleeper bus to Ha Giang. This was an interesting one. We had trouble finding the My Dinh bus station, and ended up being about ten minutes late. Tough luck, this was our first bus in Vietnam to leave on time. Once the mob of taxi drivers found out that we had missed our bus, one of them offered to "drive us to the bus". Huh? We were desperate and flustered and we agreed. He rushed us into his cab and took off through Hanoi. Twenty minutes later, we've cleared the city limits and we're racing north on the highway. With time to think, this plan doesn't really make sense. How are we going to find the bus? Are we meeting them at the next stop? Did the bus stop already, or will it stop when we reach it? The taxi driver is confusing to talk to, definitely not clearing any of this up. At this point, we were all wondering what kind of scam we had been wrapped up in. Then, we come around a curve and the bus is waiting for us on the side of the highway. It worked! We pulled into Ha Giang at 4 AM and crouched on a stoop until the sun came up.

In Ha Giang, it was no problem to rent bikes. We picked up four of them for about two million dong, something like $100. We fueled up and headed north for Tam Son. Leaving Ha Giang, we passed through a long valley. The road was flat, but we could see mountains start to rise on either side of us. 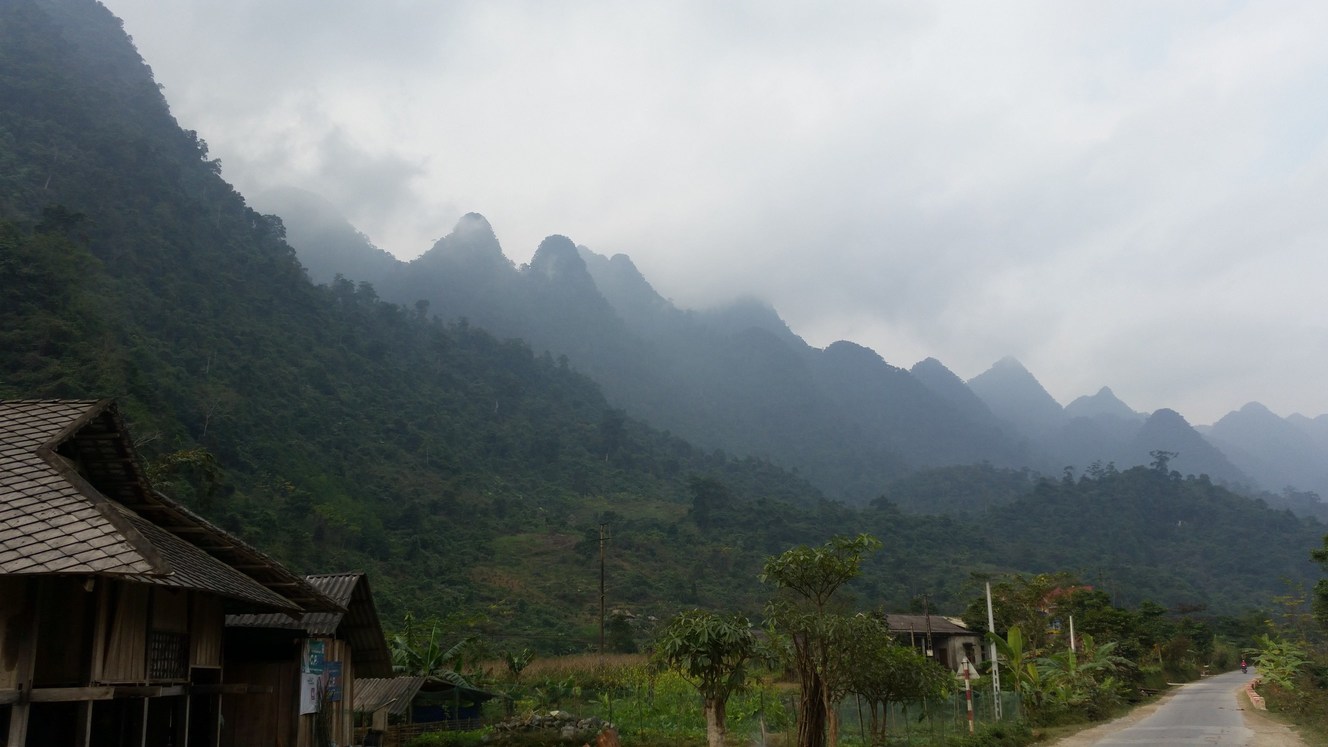 Pretty soon, we were ascending steeply and looking back down at the valley floor. 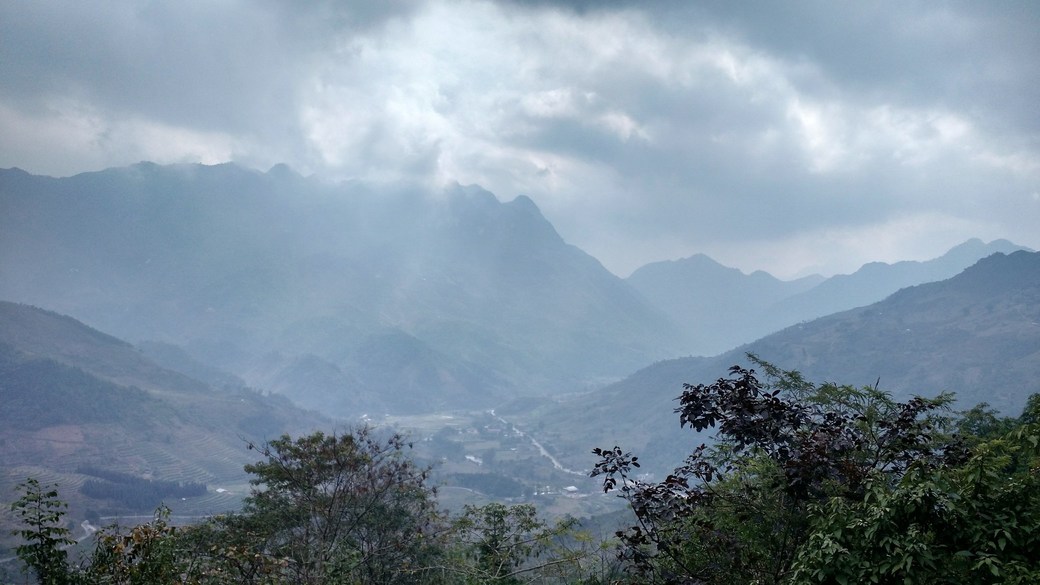 At the top of this climb was the Dong Van Karst Plateau. We stopped for some tea and wondered if we were dressed warmly enough for the elevation. We were. We all had wind breakers and gloves. This turned out to be the coldest part of our ride. We descended into Tam Son for lunch, and continued north toward Yen Minh. 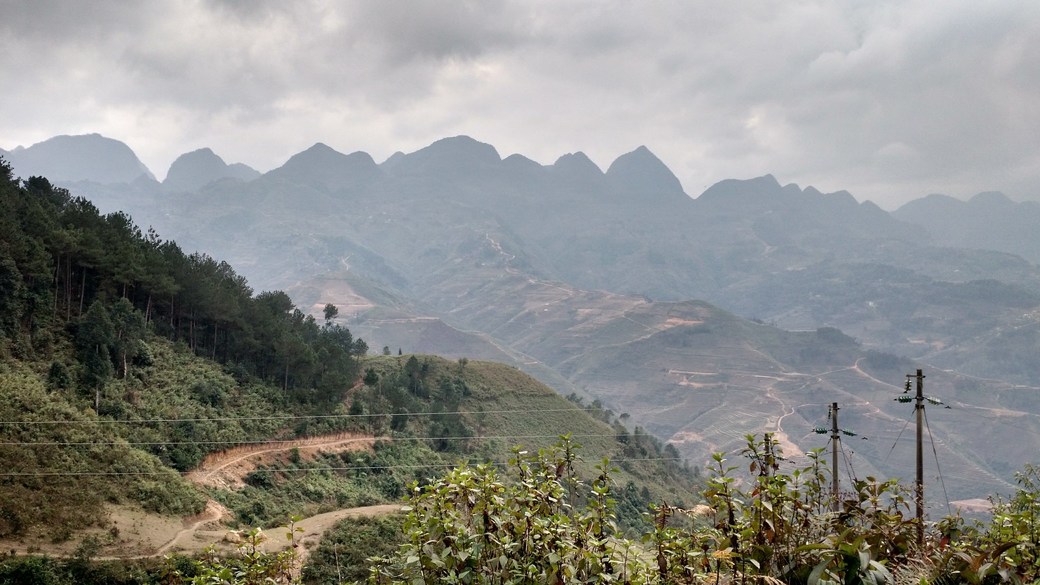 We found a great hostel in Yen Minh and stayed for the night. If you're looking for a place to stay, check out the A2 Coffee an Hostel. 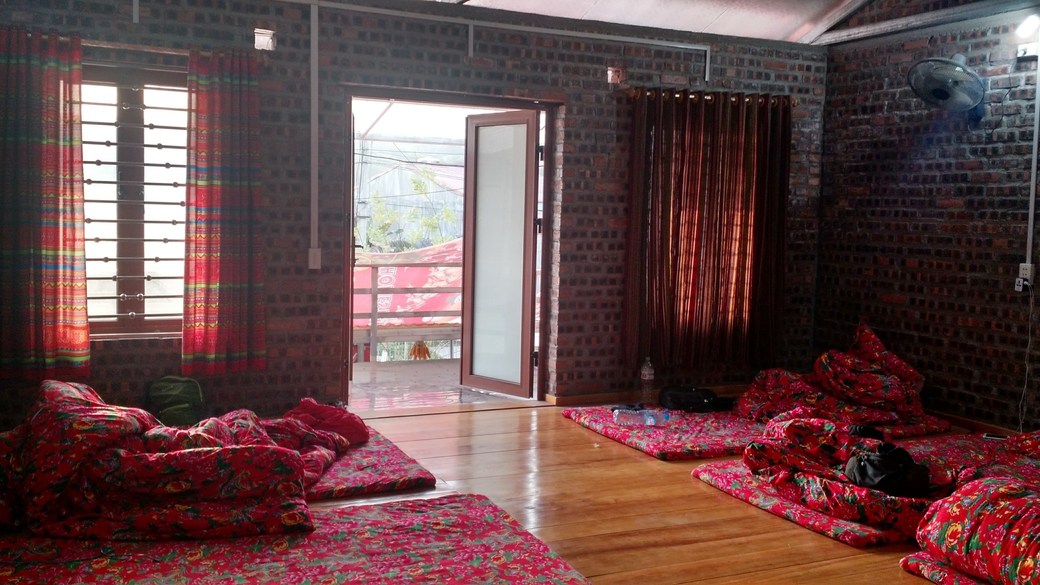 Day two was spectacular. We left the hostel early, knowing we had a lot of riding to do. Our plan was to ride north to Dong Van, then south to Meo Vac, then back to Yen Minh via Mau Due. 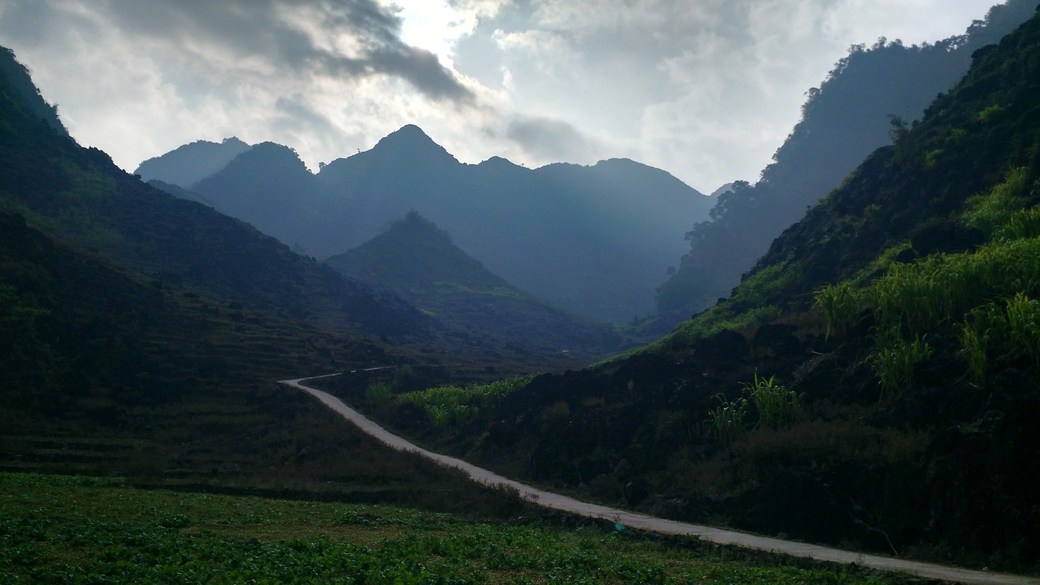 We stopped in Dong Van for lunch. Phil wasn't feeling too hot and, unrelatedly, we saw a cow being ripped apart in the street. 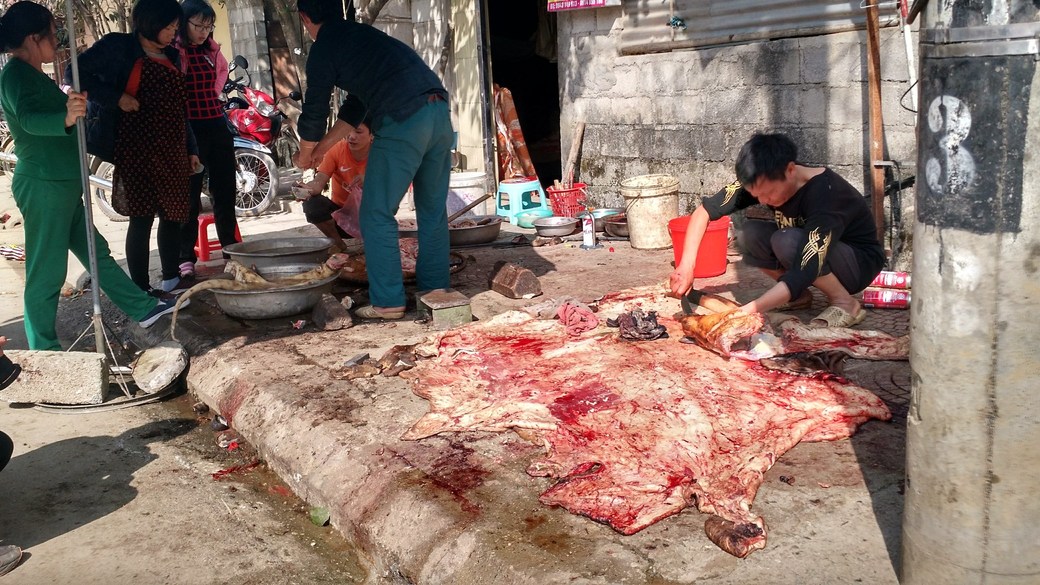 Between Dong Van and Meo Vac is the Ma Pi Leng pass. This is the most spectacular part of the loop. Don't skip it. 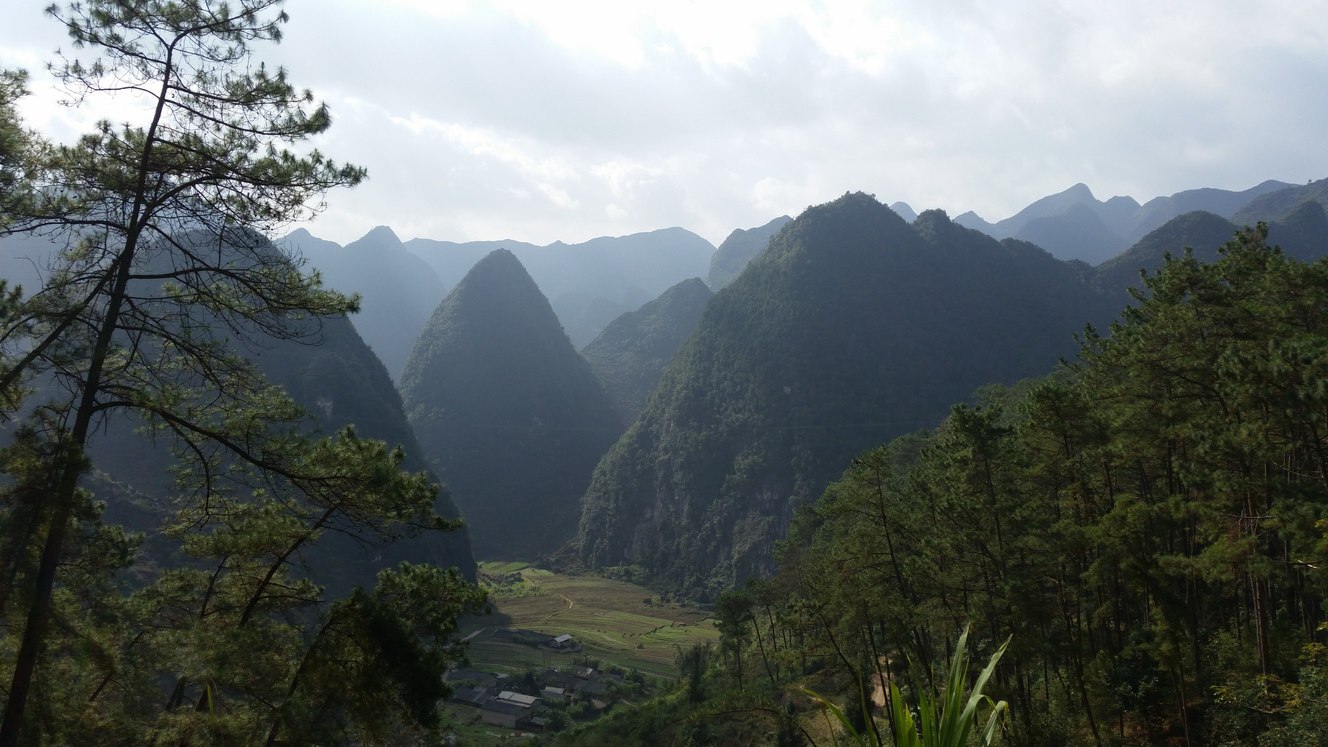 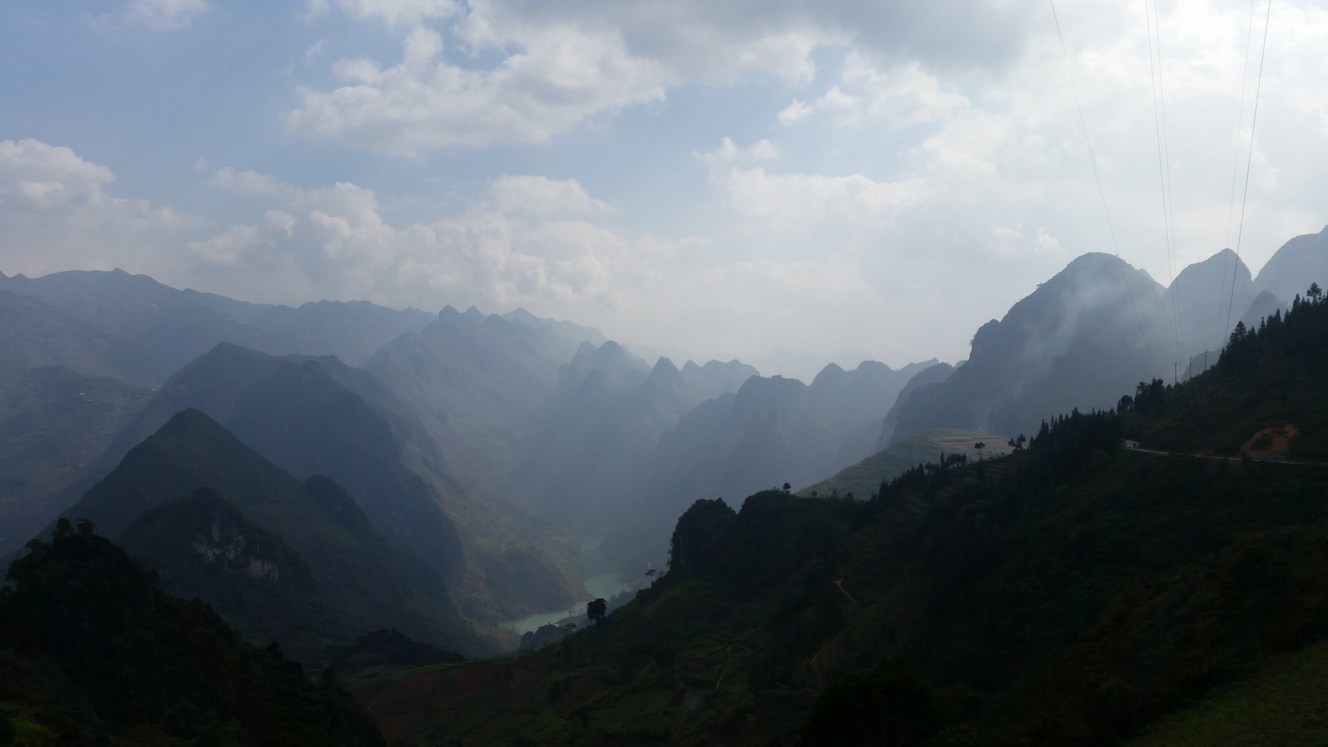 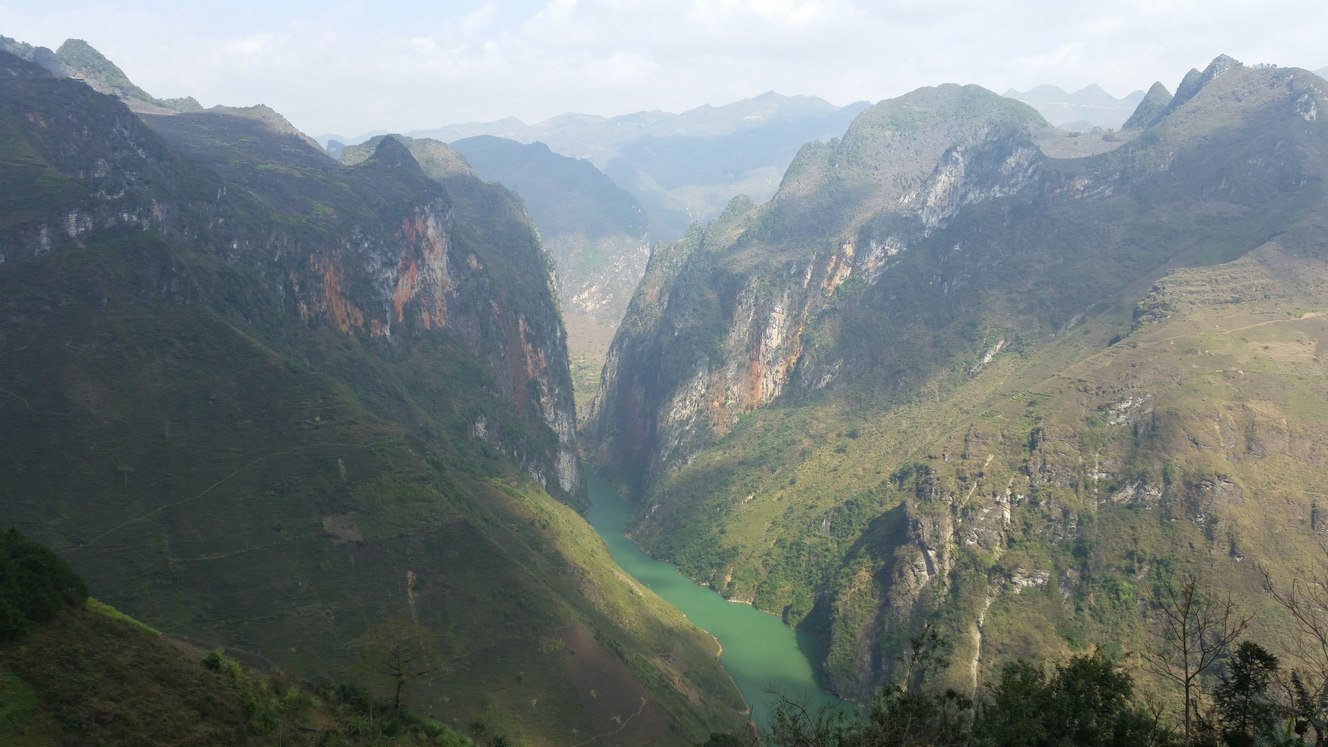 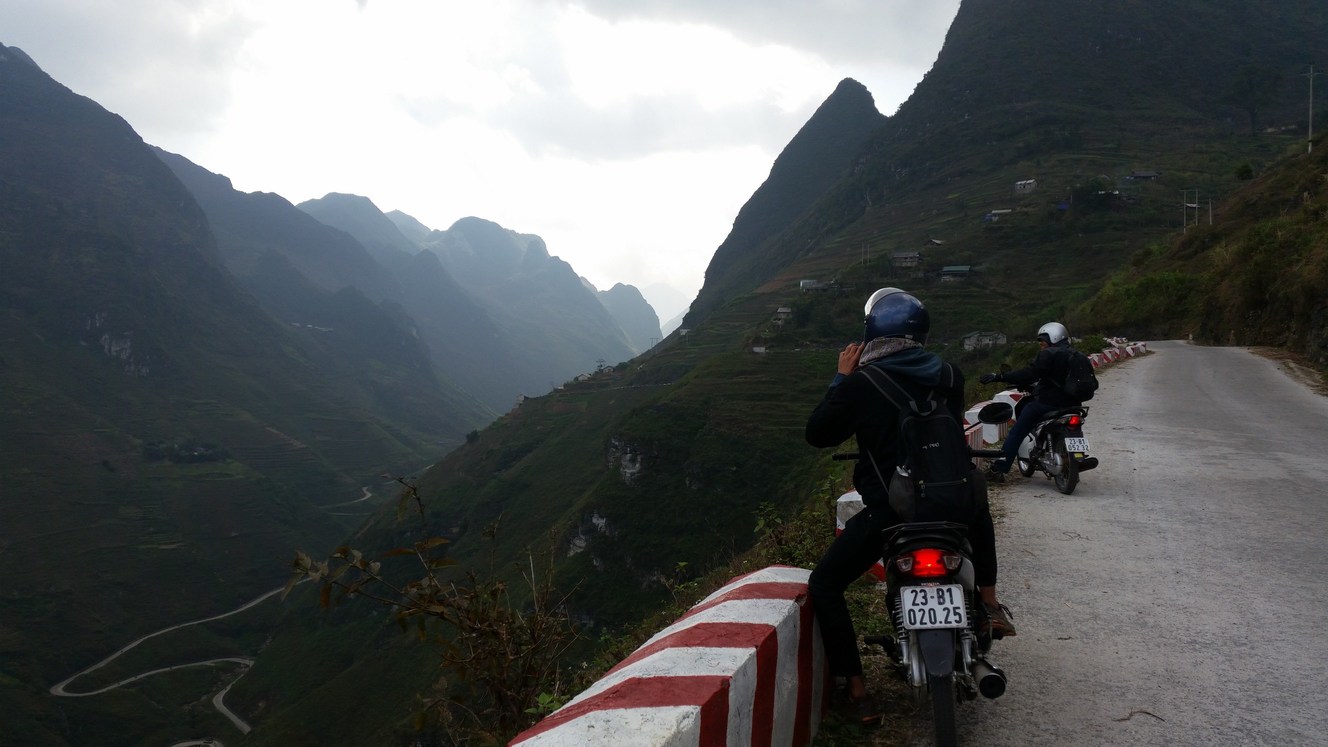 After about eight hours of driving, we made it back to Yen Minh before the sun went down. Phil was feeling a bit better 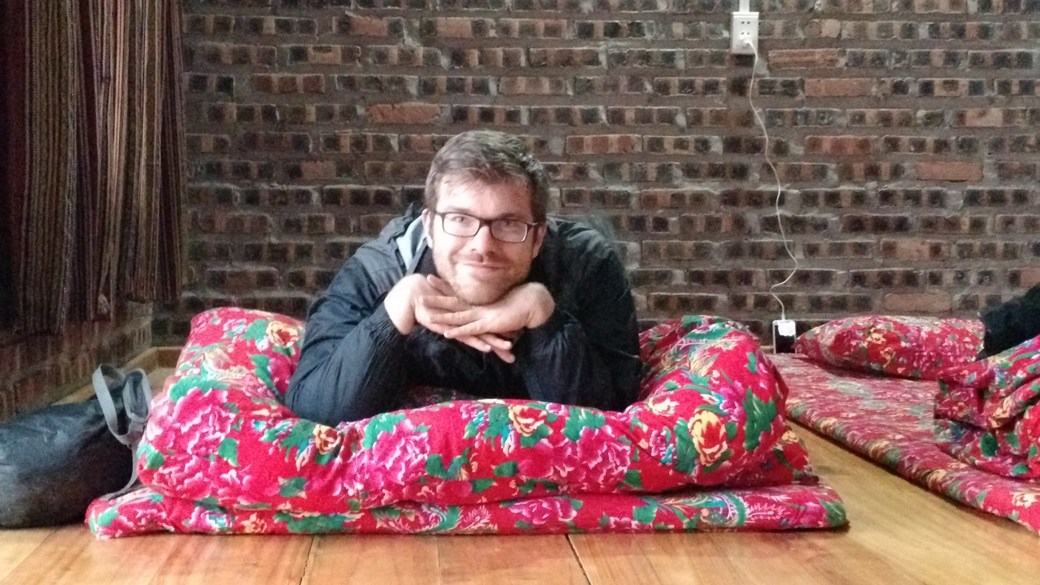 The next day we back tracked to Ha Giang. It was sad leaving. 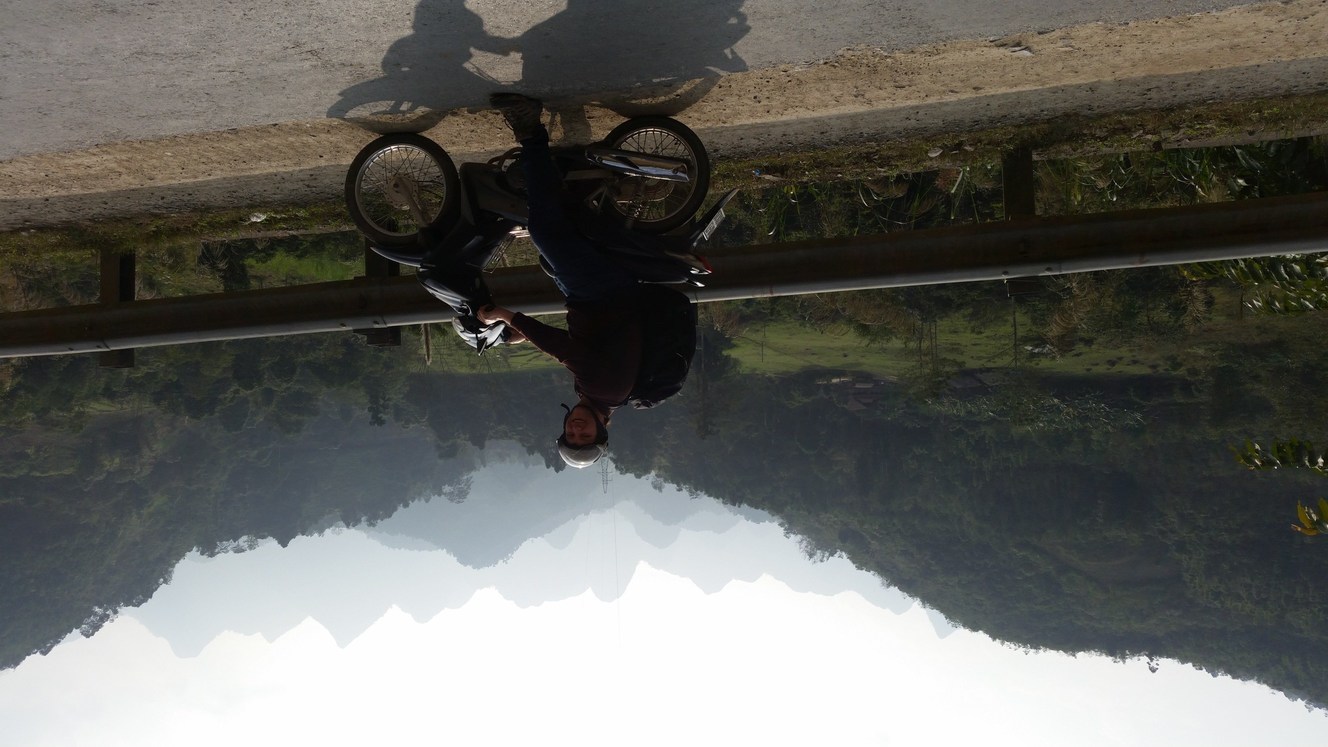 Back in Ha Giang, we used our remaining daylight to climb to the shrine at the top of the hill. Instead of asking for a few thousand dong to visit, they asked us to carry bricks to a construction site at the top! 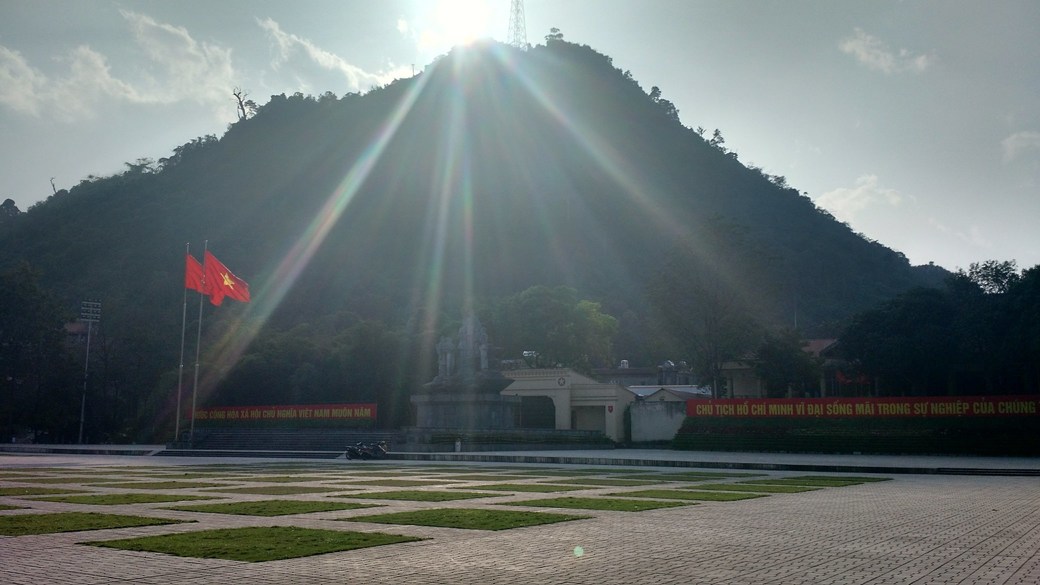 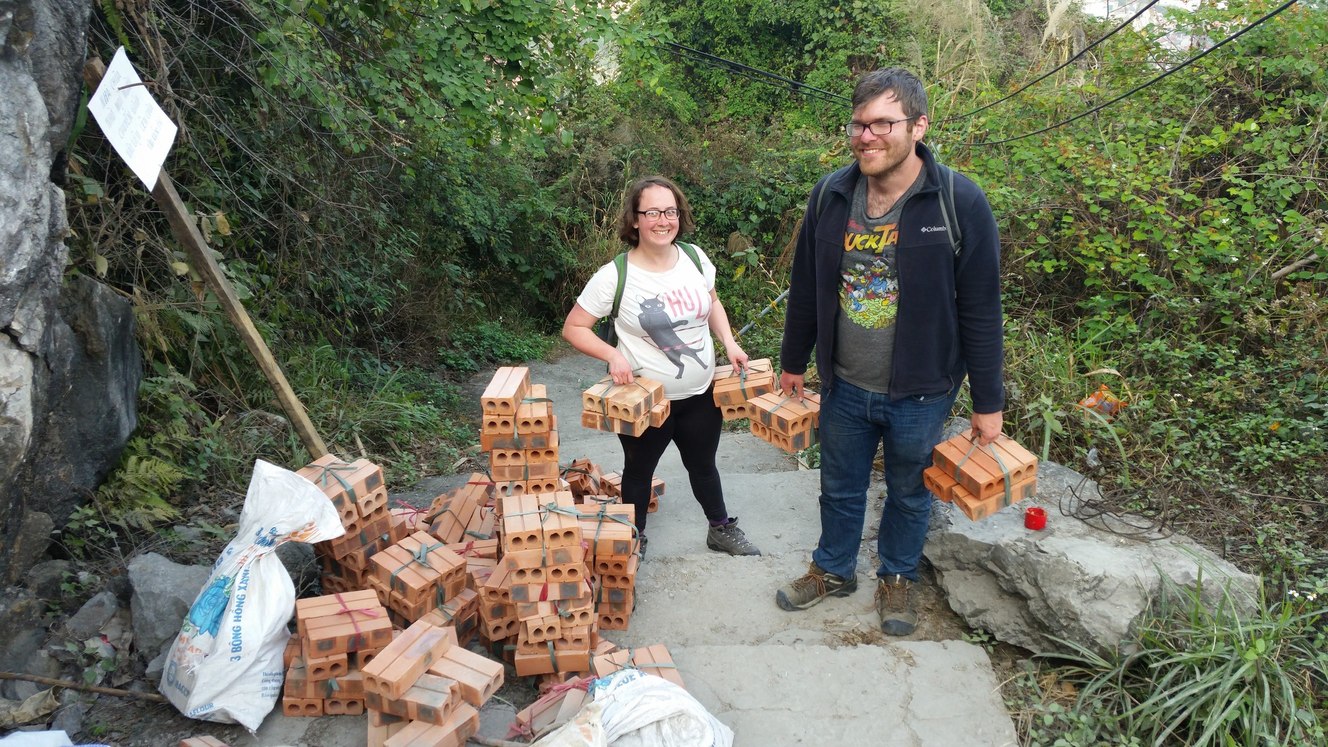 We returned our bikes and headed to the bus station where we saw a very sad pig and caught our bus uneventfully. A great trip! 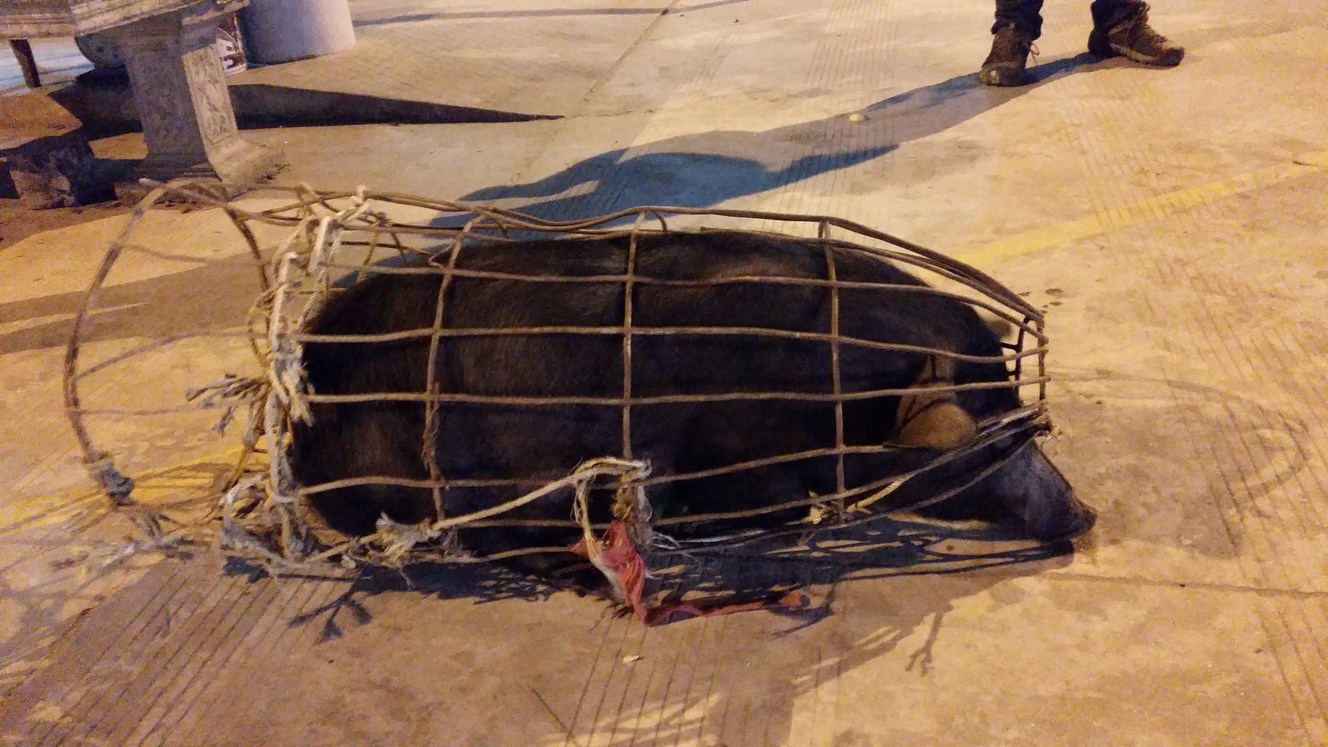