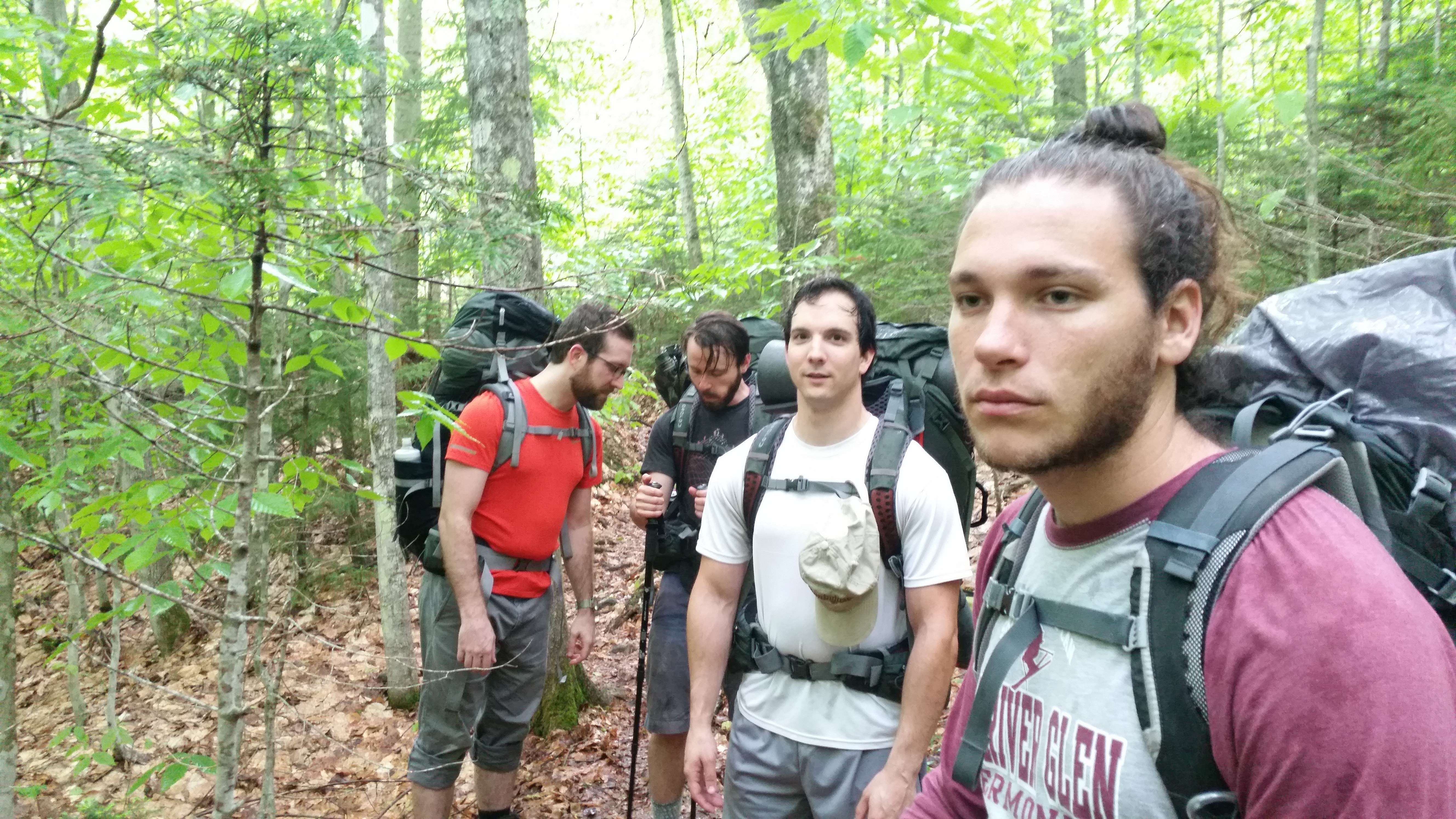 In the beginning of June, I hiked the Pemi Loop with my brother and some friends. Look at those happy fellas up there! We took our time, spending three nights on the trail. I mostly planned the trip decided to take us counter-clockwise to save the Franconia Ridge for the end of the trip. I think most people hike the other way, but I liked having Mt. Lafayette waiting for us across the valley. 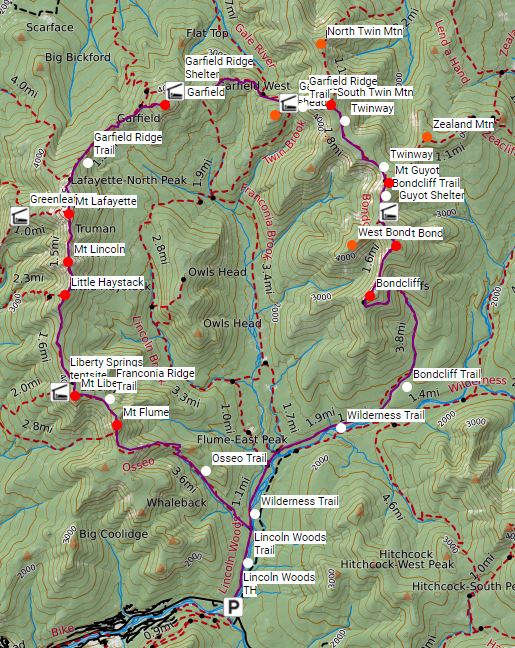 We started by crossing the Pemigewasset River onto the easy Lincoln Woods Trail. It's a few miles of perfectly flat former railway. We reached the border of the Pemigewasset wilderness and continued on the Wilderness trail and Bondcliff trail. 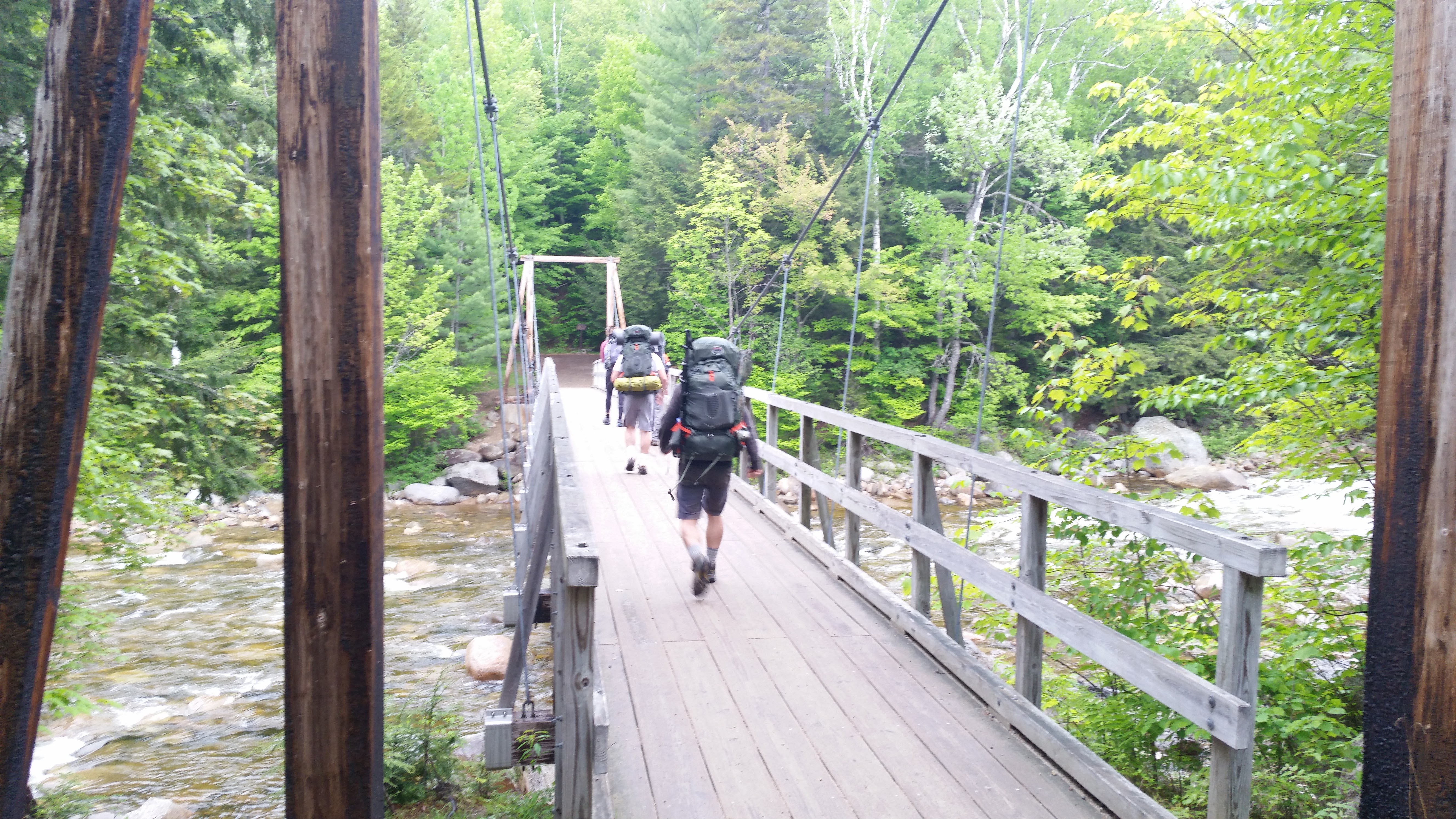 It was raining a bit, and the water was high. Truth be told, I was nervous about the weather on the ridge. The Pemi Loop is all ridge. The park ranger had just told us a fun hypothermia story from earlier in the week. A different park ranger told me on the phone that we'd need microspikes but we would probably be okay without snowshoes. We didn't bring either, and that turned out to be the right move. I think we saw snow once. 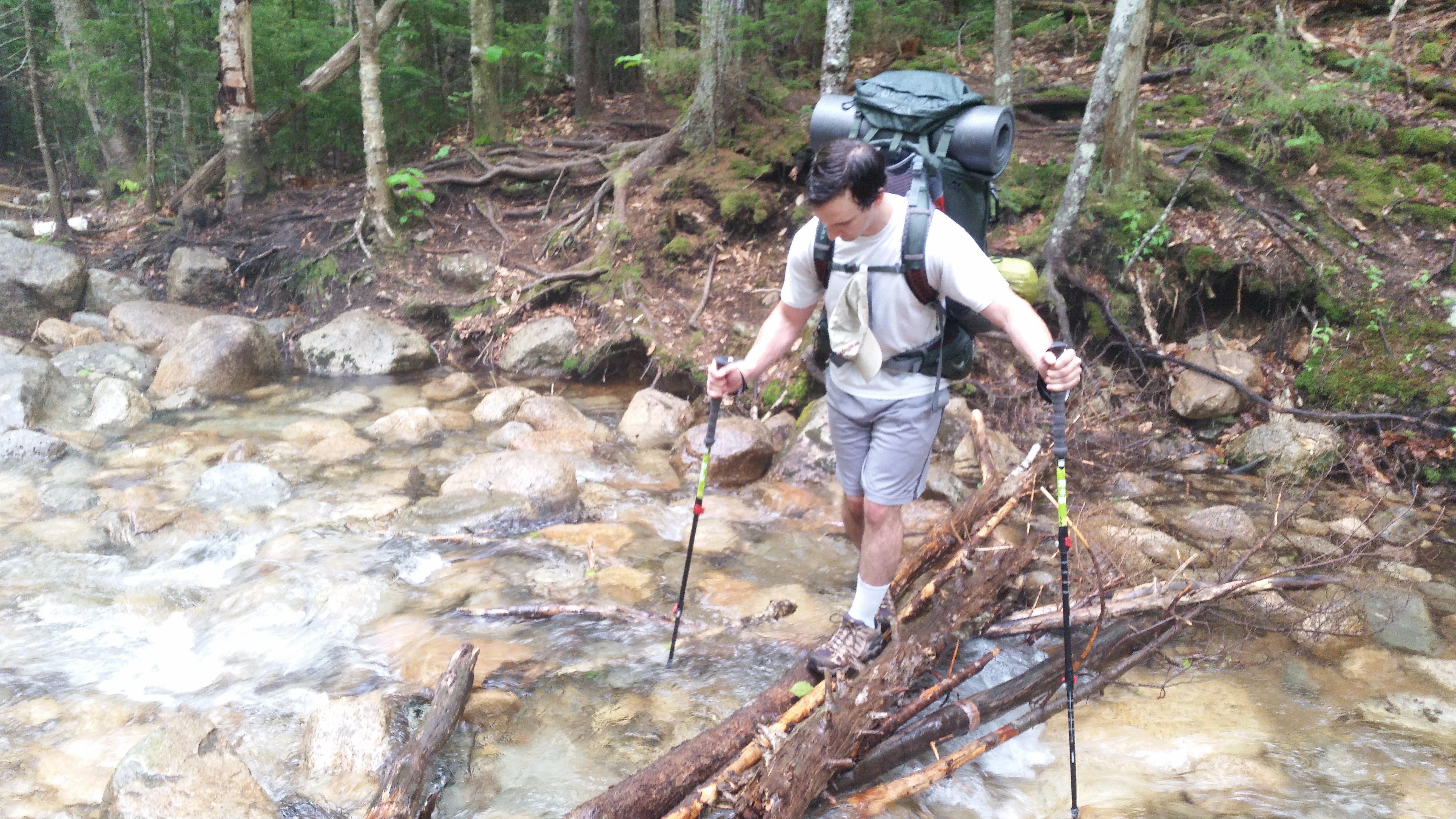 As we walked, the rain cleared up, and by the time we reached the Bondcliff, the weather was perfect. The rain never returned, but the wind picked up during climb to the peak of Mt. Bond and almost carried Bobby away. 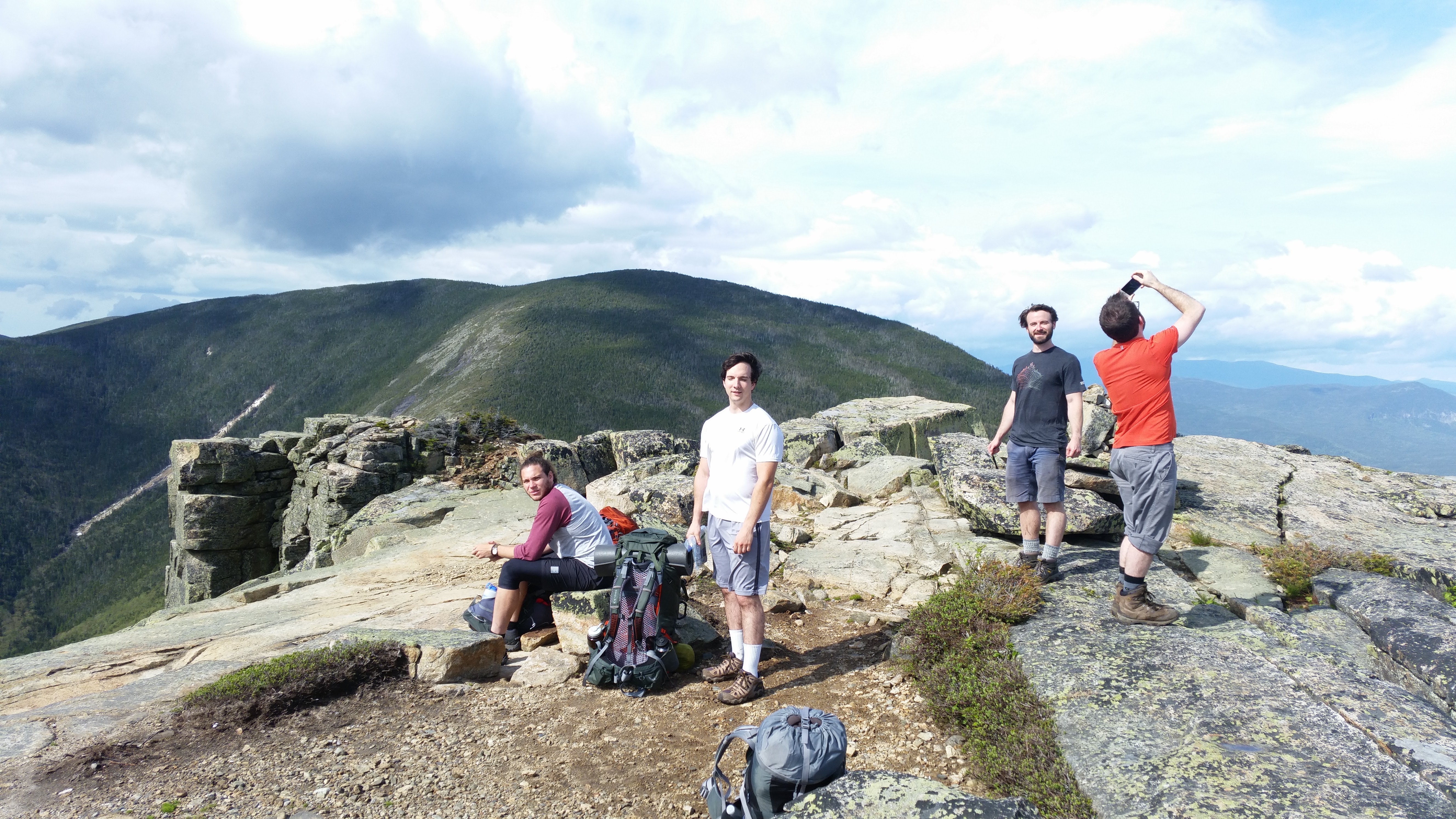 Eventually, we reached Guyot Shelter. The shelter is perched on a rock and the whole camp is tiered into the side of the mountain. It felt like a forest village from a video game. 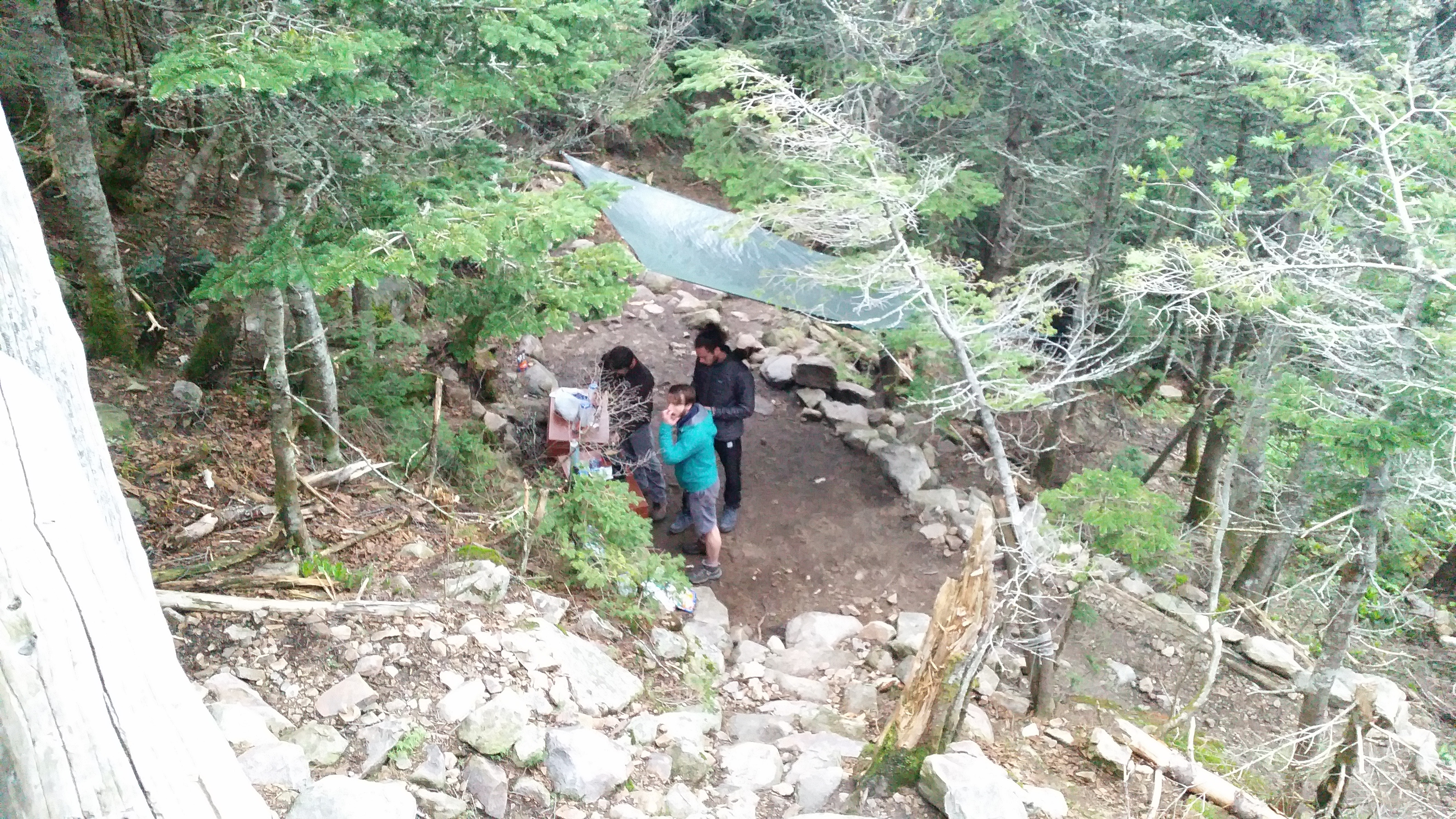 The next morning, we left camp and quickly summitted Mt. Guyot, where we joined the Appalachian Trail. After that, there was some nice flat highland, followed by a steep climb to the top of South Twin Mountain. 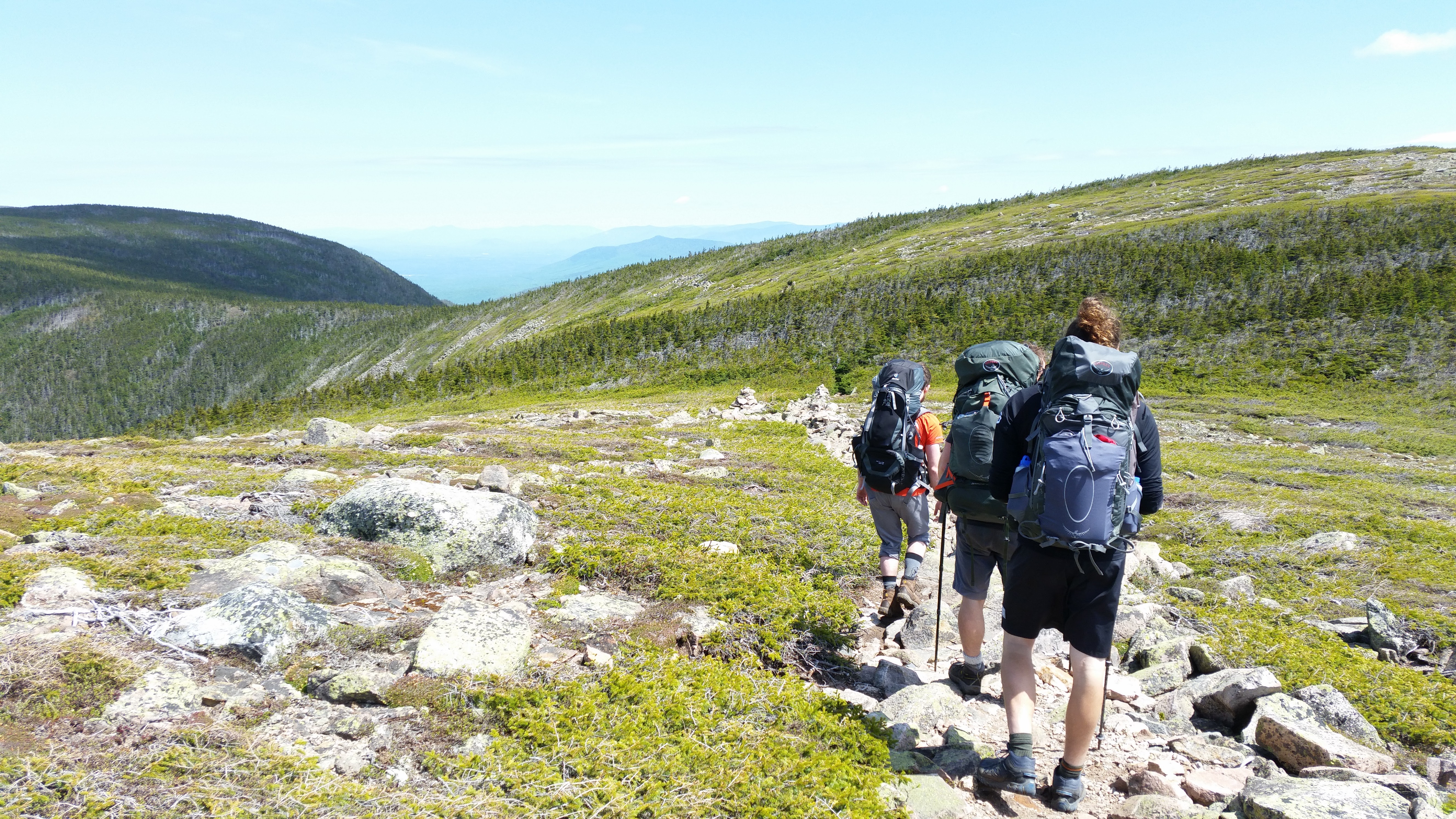 After lunch, we descended a thousand feet to Galehead hut for some brownies. We ended the day by climbing to Garfield Ridge Shelter, most of the way up Mt. Garfield. 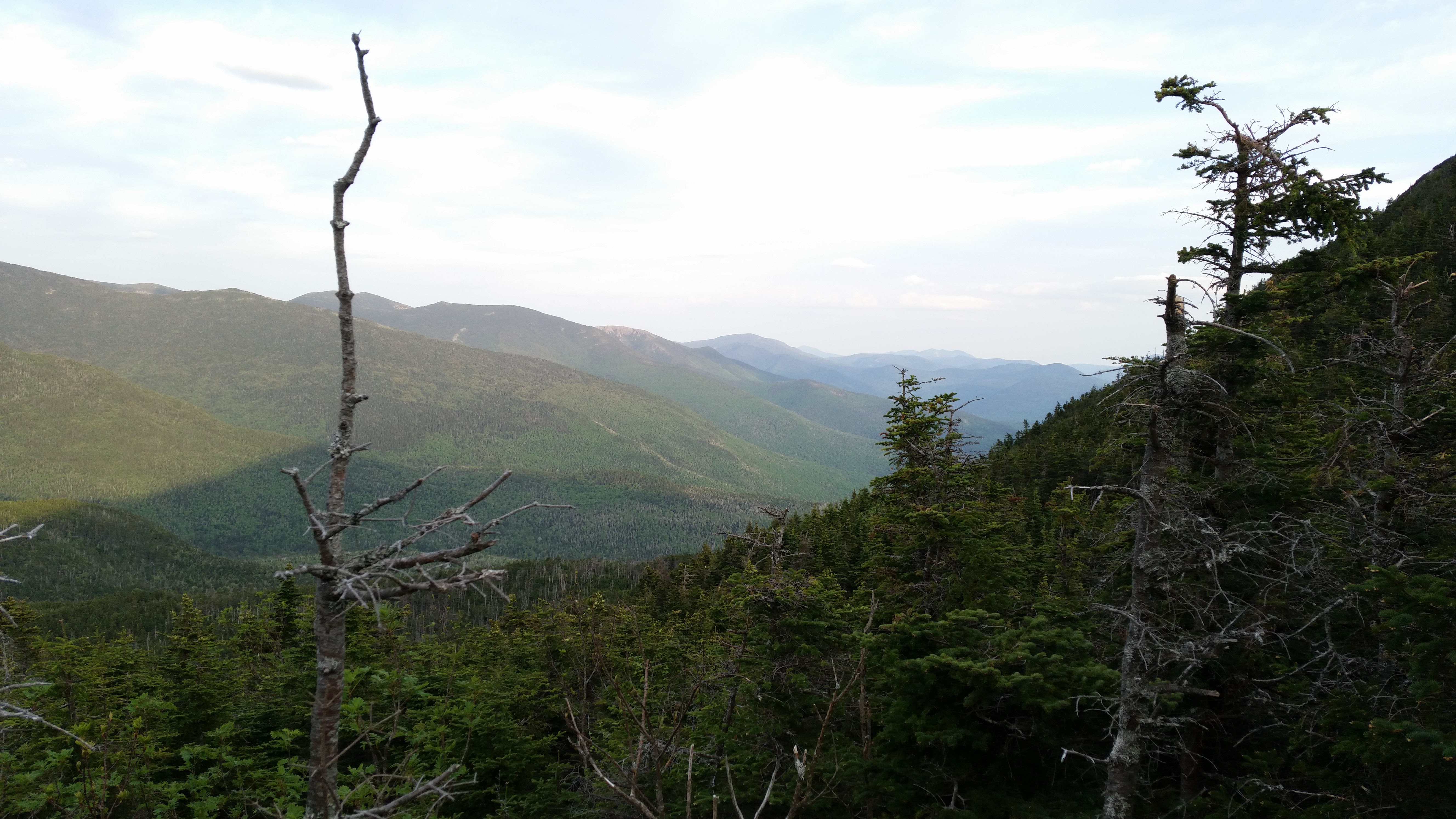 There was a nice spot to sit. I wonder what they're laughing at. 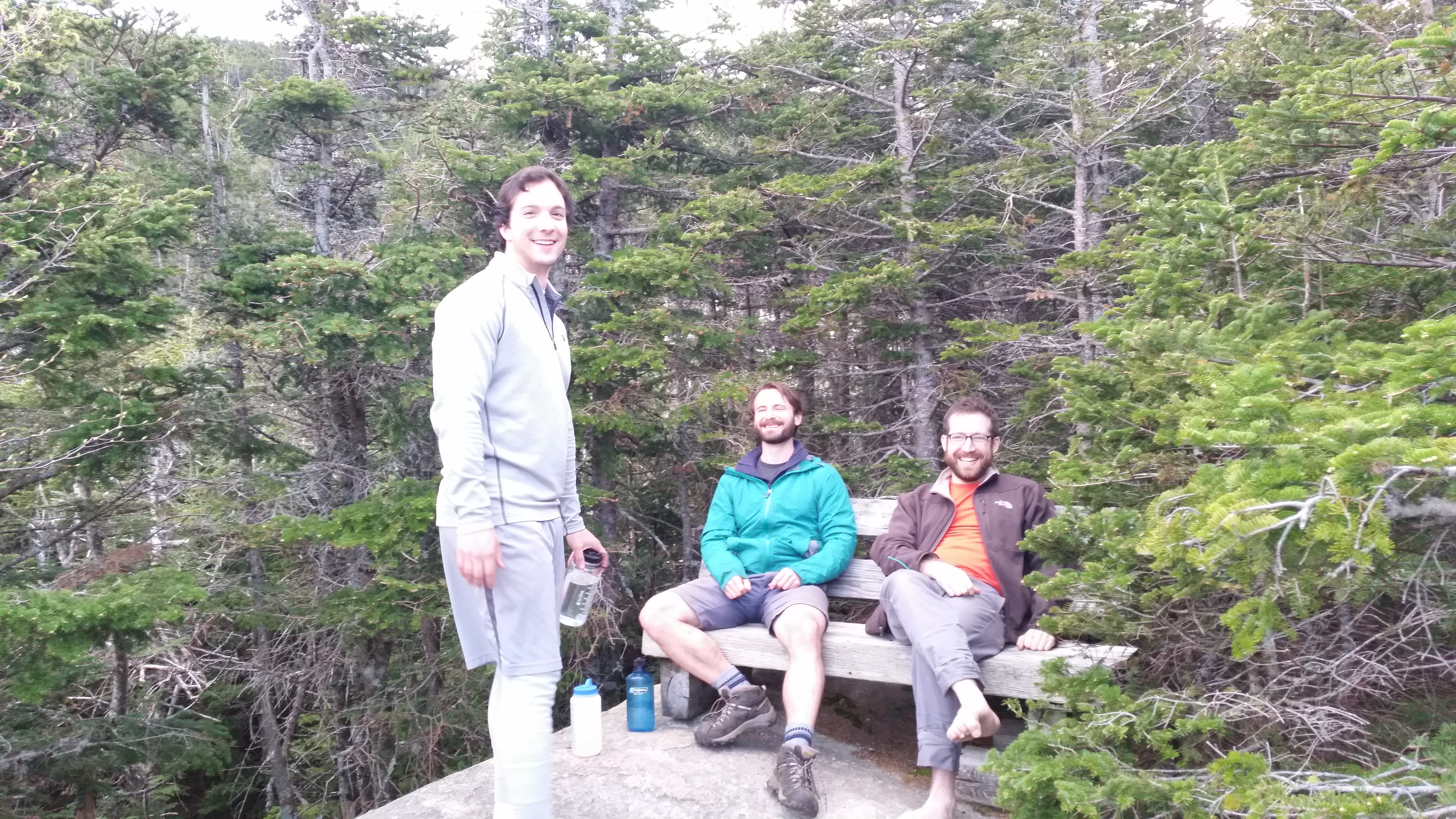 In the morning, we immedaitely reached the summit of Garfield. There was no water available between the two campsites, so we brought as much as we could. It would have been nice to have more than two liters. Lafayette looked pissed. 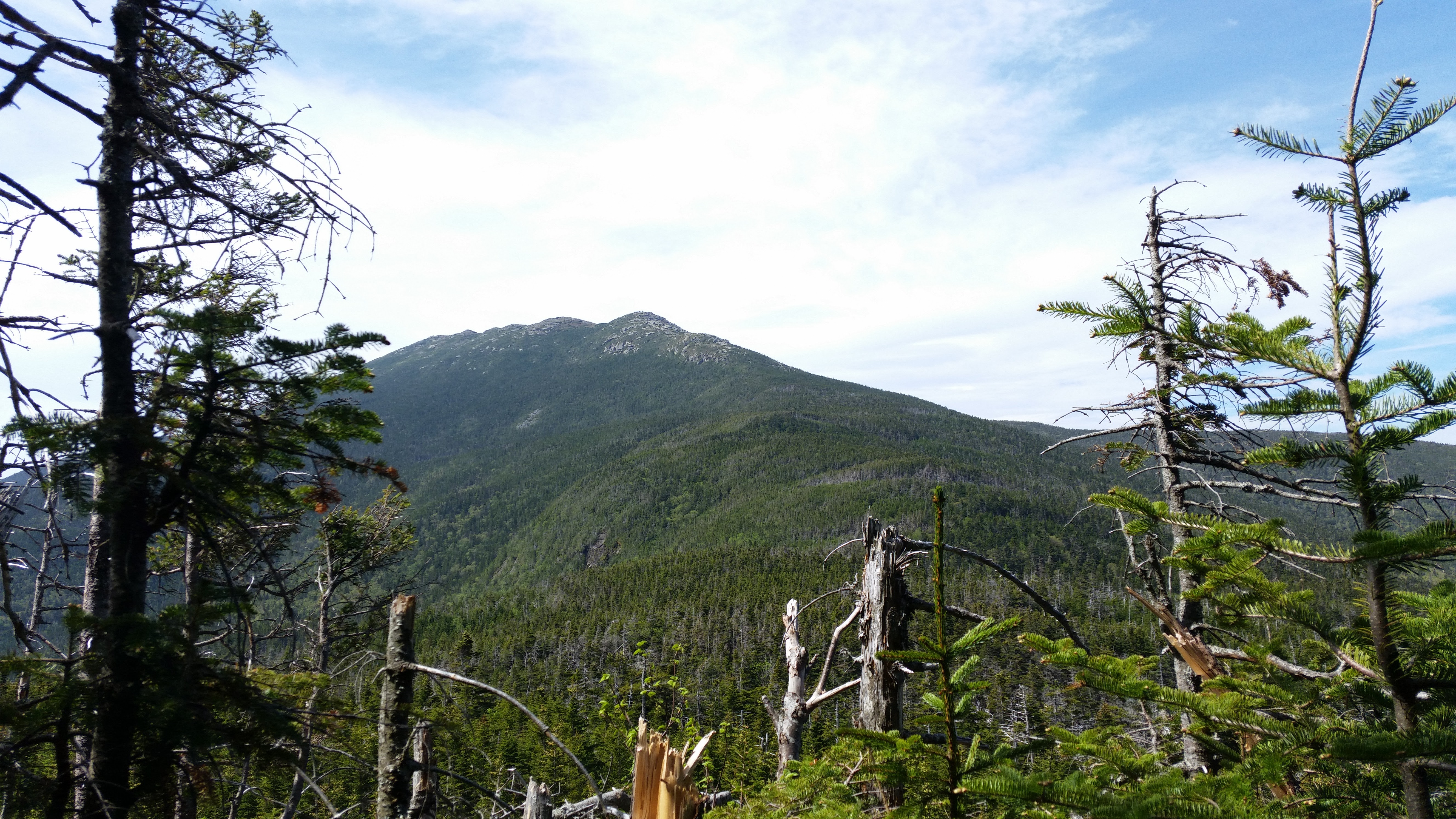 Eventually, we crossed the ridge and decended to the Liberty Springs tentsite. 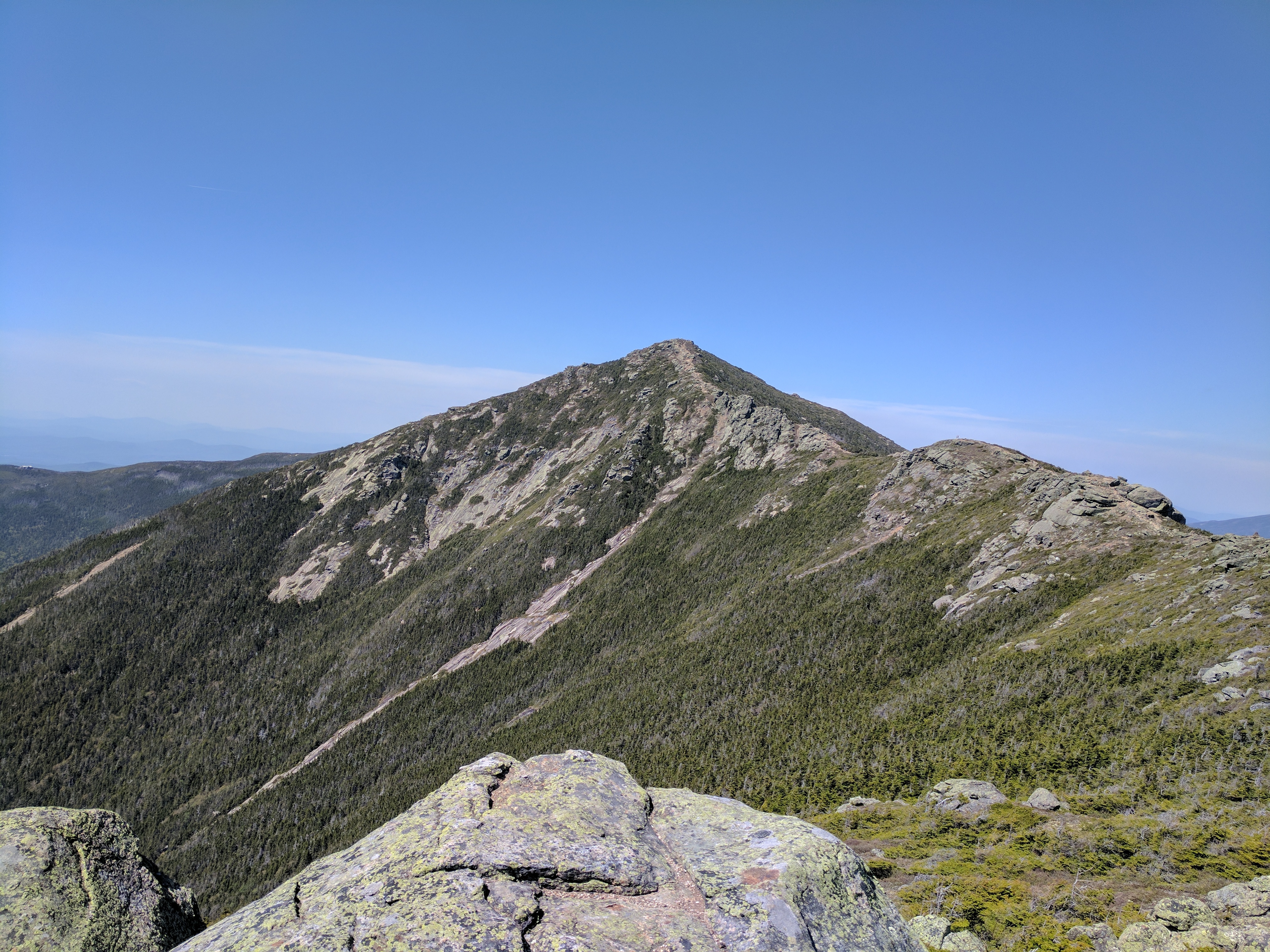 The final day, we got up early and left the AT, climbing Mt. Liberty and Mt. Flume on the Osseo Trail. 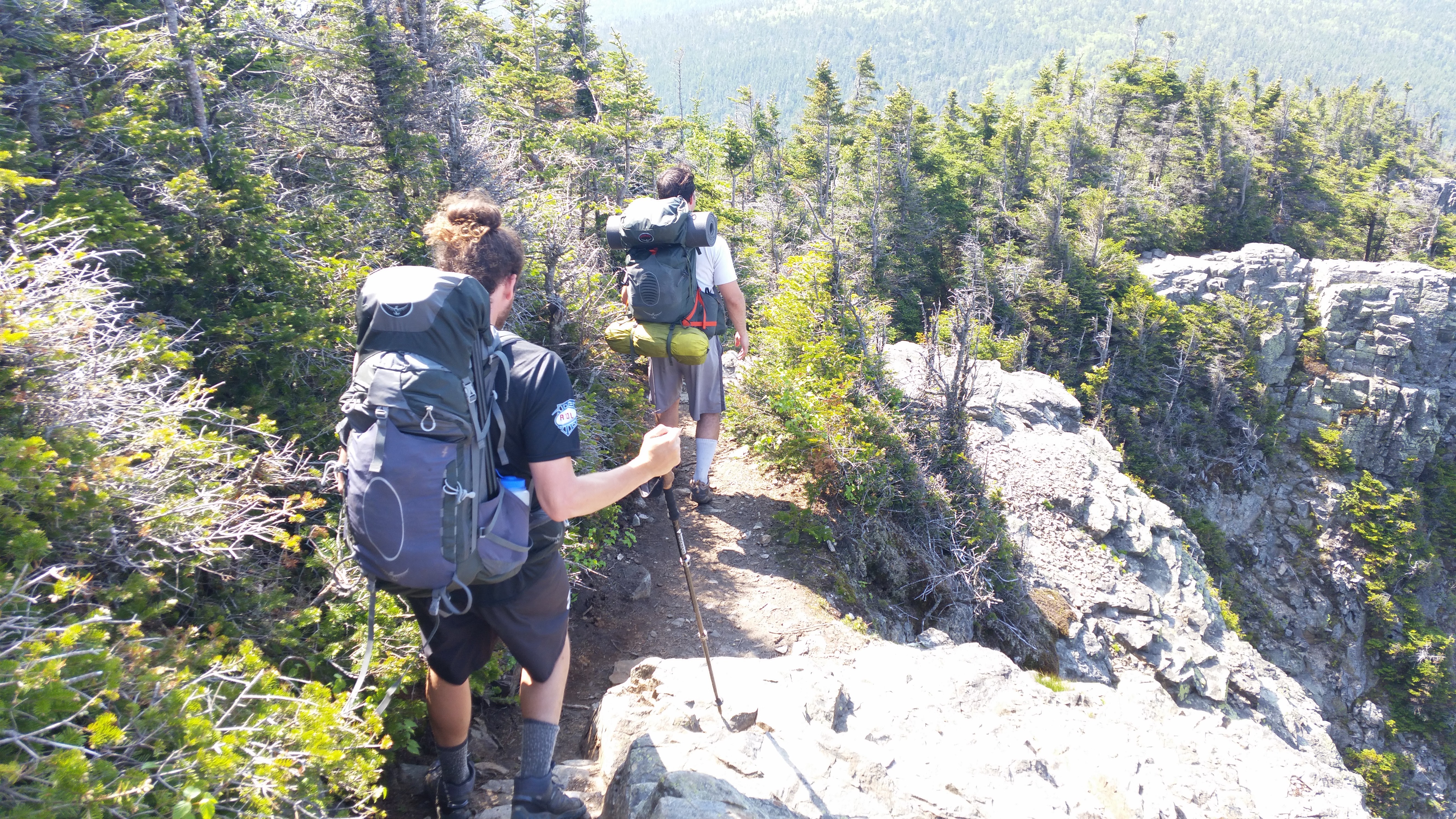 The final descent was steep at first, but flattened out over several miles, eventually reuninting with the Lincoln Woods trail. 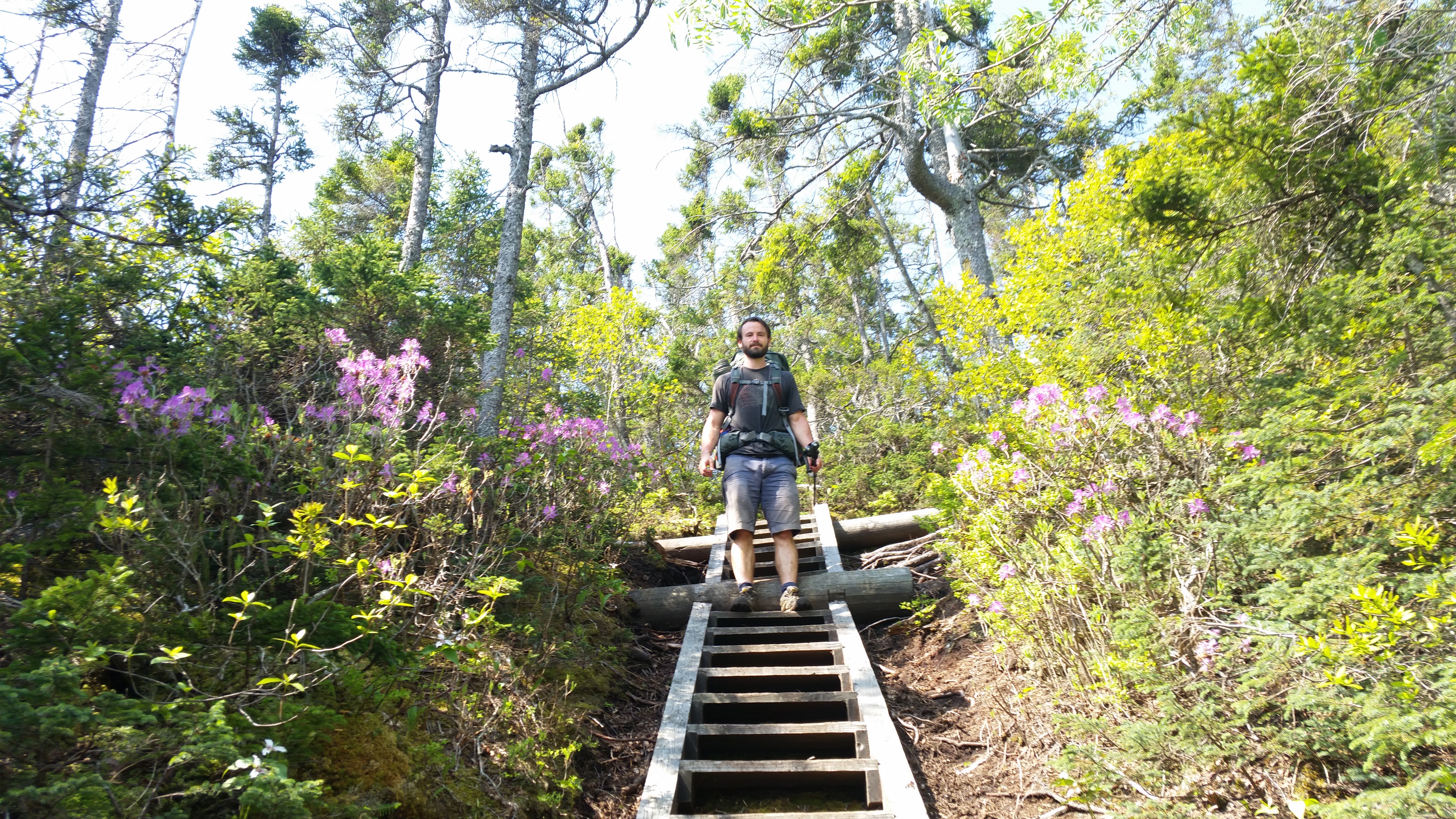 Then, we washed off and got burgers. 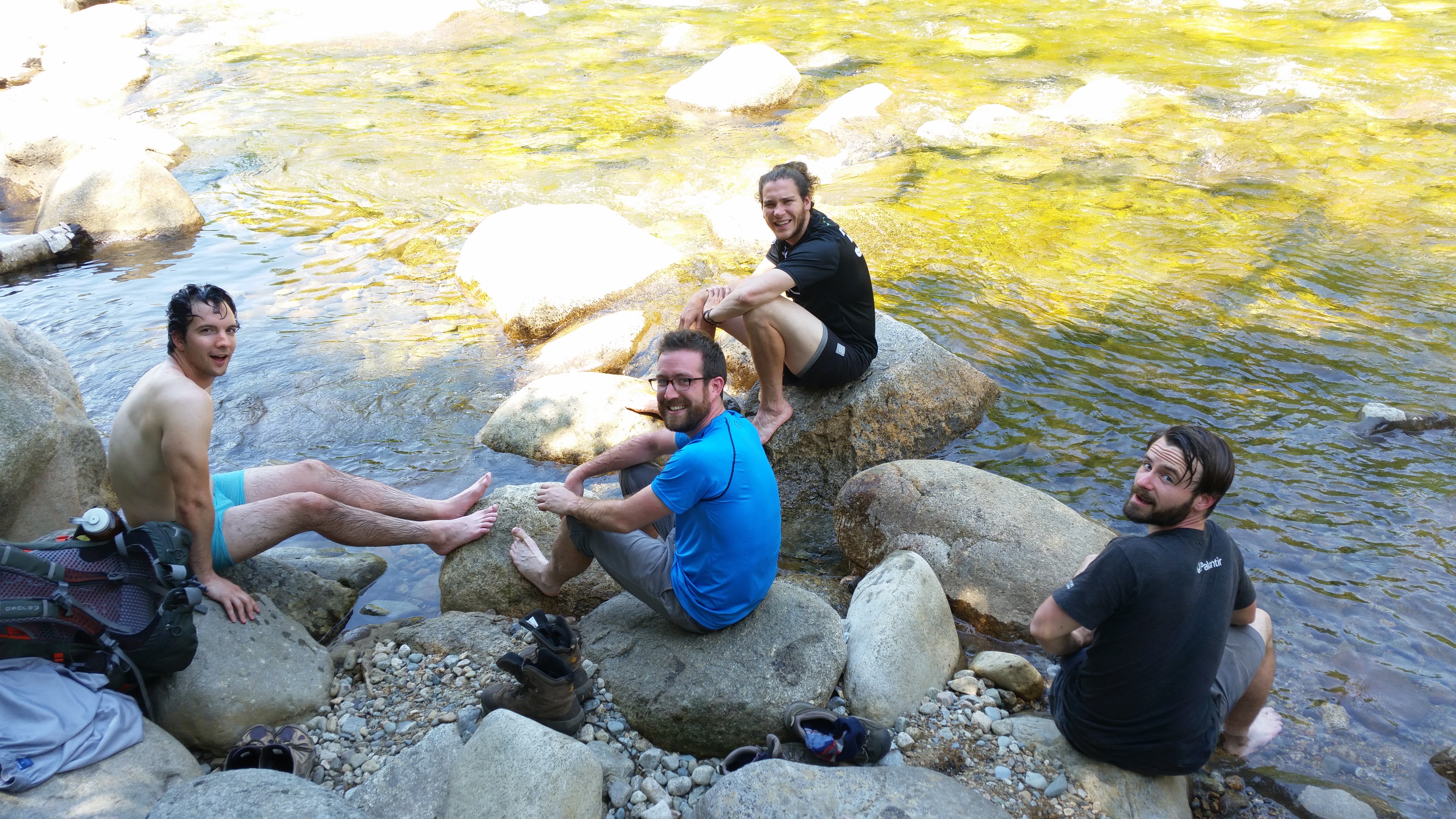